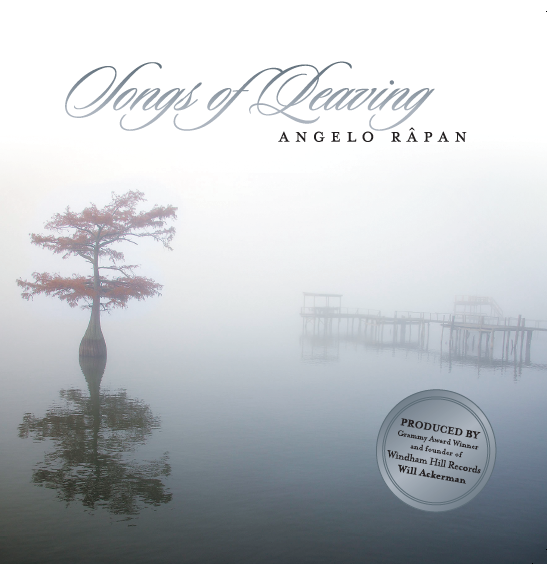 Angelo Rapan’s successful career as both a classical pianist and music director could scarcely predict how self-assured and accomplished his debut recording as a new player and the contemporary instrumental arena would be. The latest page in the book of his life has culminated in his collaboration with acclaimed production / engineering team of Will Ackerman and Tom Eaton at Imaginary Road Studios in Vermont. This album represent a return of sort for the once shy Romanian boy who was more comfortable playing his own music than talking. His inner journey to explore music as a way of telling his life’s story, communication what it was like for him to endure his early struggles and finally find peace and fulfillment. Songs of Leaving display not only his considerable talent for weaving classical influence into his piano subtlety and nuance or a commanding presence in drama and passion.

Songs of Leaving was recorded at Imaginary Road Studios in rural Vermont, produced and engineered by the team of Will Ackerman and Tom Eaton, featuring these musicians: